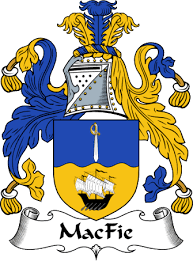 Reuben Rice Macfie, III, 82, Doctor of Veterinary Medicine, passed away on January 31, 2020.  Born in Winnsboro, SC, he was an identical twin son of Reuben Rice, Jr. and Alva Stevenson Macfie.  He is survived by his wife of 55 years, Nancy Yongue Macfie; daughter Ashley (Ray) Wall of Brisbane, Australia; and son, Rice Macfie IV of Columbia, SC. He was affectionately known as “Reub” by his grandchildren, Cullen Macfie, Carolina and Zara Wall, and by his close friends.

Rice served his country for four years in the Coast Guard. Following his honorable discharge, he attended Clemson University and graduated from the University of Georgia School of Veterinary Medicine.  Rice practiced in Kinston, NC, West Columbia, SC, and Spartanburg, SC, where he established a private practice. He retired from private practice and then worked for Clemson University where he retired as the Animal Health Director after seventeen years.

During his retirement, Rice continued serving his community volunteering with Habitat for Humanity with over 3,000 plus hours of volunteer service time.  Never one to sit still, Rice also enjoyed spending time with his family, especially his grandchildren, gardening, constructing furniture, building a farm house and spending time at his beloved McGregor Farm.  Rice was a member of First Presbyterian Church in Spartanburg, SC.

A faithful man of God, Rice lived his convictions. Because of his many years of veterinary practice, Rice was an expert in his field, and he treated both people and animals with kindness and humanity.  His friendly and good-natured character and quick wit quickly put people at ease and gave them hope and peace.  Rice was a man who made things happen and expected nothing in return.  He would see a need and his natural inclination was to see that need filled.

Rice is predeceased by his parents; his twin brother, John Franklin Macfie; his sister Anne Macfie Moore; and his brother James Pringle Macfie.

The family would like to express their gratitude to Hospice for their kindness, compassion, and professionalism during this time in our beloved husband and father’s life.