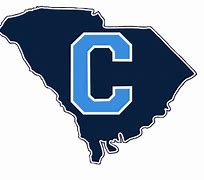 George H (Binks) Franklin, Jr. was born in Fukuoka, Japan to LTC George H Franklin, USA (Ret.) and Gladys Anita Franklin in 1948 while his father proudly served with the United States Army in the rebuilding of Japan after WWII. Binks fondly told stories of growing up in Germany, Texas, and South Carolina. He passed away October 11, 2020 at Lexington Memorial Hospital in the arms of his adoring wife, Pam.

Binks had a love and respect for education. He graduated from Dentsville High School in 1966 where he served as class president and met his forever love, Pam. Binks was a proud graduate from The Citadel, class of 1970 “L” Company.  He went on to earn Master’s degrees from Colorado State University and University of Southern California. His love for education carried over to serving as a Professor of Math with the University of Maryland for servicemen stationed in Germany.

Binks spent much of his life in service to his country. He served for five years in the United States Air Force progressing up to a Captain. Binks served a total of 25 years with NATO in Germany as a civil and structural engineer, and retired from civil service as Chief, Housing Program Management Branch with the Air Force at the Pentagon. He continued serving as a consultant for 10 years to manage the completion of the Family Housing Privatization Initiative through MWH Americas, Inc in Utah.

Binks had a love for history and spent many summers visiting battlefields both in the United States and abroad and was an invaluable source of information for his kids and grandkids on their history projects. Binks was active in the model train community. He was regularly seen helping others design elaborate model railroad systems, attending conferences and club meetings, and buying and selling model railroad trains.

Binks was a true southern gentleman. He was kind and respectful to everyone he met, regardless of their station in life. He enjoyed his retirement years traveling with his beloved wife Pam, and visiting their children and many friends. Binks was a lifelong singer and performer. He was a choir member during his college years at the Citadel and his children fondly remember him playing his harmonica, singing, and dancing with them. He often serenaded his wife during their ten years together starting with a special song at their engagement party. He will be fondly remembered by all that knew him for his witty jokes, which were expertly timed for each situation.

Binks was a deeply devout man of faith. He served in his religious community as congregation clerk, Sunday school teacher, and Boy Scout leader. He was most recently a beloved member of Riverland Hills Baptist Church in Columbia, SC.

Public viewing will be held Saturday, October 17 from 9 am - 12 pm at Pope Funeral Home in Winnsboro located at 521 S Congress St, Winnsboro. Due to COVID, a private family graveside service with full military honors will be held. Live stream of service can viewed under Bink’s page at www.popefuneralhomesc.com.

To send flowers to the family or plant a tree in memory of George H. "Binks" Franklin, Jr., please visit our floral store.