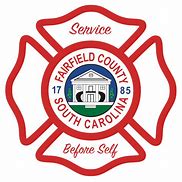 Donald Kevin “Don” Silvia, 60, of Winnsboro passed away on Tuesday, May 10, 2022.  Born in Winnsboro, he was the son of Joseph Anthony “Joe” Silvia and Joann Bell Silvia.

Don was a 1980 graduate of Winnsboro High School.  After graduation he followed in his grandfather’s footsteps and pursued a career in maintenance with the school district of Fairfield County.  He retired after serving over 30 years in that career.

Don’s dream to become a firefighter started as a young child.  He became a volunteer firefighter not long after high school graduation, and also became a volunteer with the Fairfield County Rescue Squad.  He continued to serve the county with passion and commitment for over 38 years.  He became a full time employee with the Fairfield County Fire Service where he has served for the past few years.

Don was an avid hunter and fisherman and loved searching for artifacts with his metal detector.  He enjoyed gardening, canning, and cooking and was always more than willing to share his profit with anyone.  In fact, he would get offended if you didn’t accept his offer to feed you.

There are many words that could be used to describe him, but his strongest characteristics were his desire to serve his community, his love for his family, and his willingness to help others.  He had a huge posse of friends from all walks of life and loved them all dearly.

Funeral services will be held at 2 o’clock PM Friday, May 13, 2022, at Winnsboro First Church of the Nazarene conducted by Reverend Harry Varn. Burial will follow at Fairfield Memorial Cemetery, Smalltown Road, Winnsboro, SC 29180. The family will receive friends on Thursday evening from 5-7 o’clock PM at the church.

In lieu of flowers, memorials may be made to Winnsboro First Church of the Nazarene, 650 9th Street, Winnsboro SC 29180.

To send flowers to the family or plant a tree in memory of Donald "Don" Silvia, please visit our floral store.