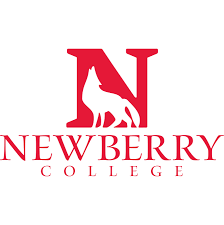 James Pringle Macfie “Jim”, 80, affectionately known as “Pop” of Camden, passed away on Thursday, May 9, 2019.  Born in Winnsboro, he was the son of the late Reuben Rice and Alva Stevenson Macfie.

Jim was a devoted man of faith, husband, father, grandfather, family man, and friend.  He was known for his keen sense of humor, contagious personality, and compassion for all. Beloved football, basketball, and golf coach, his positive attitude and winning ways gave confidence to those around him and made them believe that what seemed impossible was possible.  Along with being coach and mentor to many, he was a science teacher, guidance counselor, and administrator at Camden Middle School and Antioch Elementary.

Jim was an elder, deacon, and Sunday school teacher at Bethesda Presbyterian Church where he was an active member for over 50 years.

In addition to his parents, Jim is predeceased by a brother, John Franklin Macfie and sister, Anne Macfie Moore.

Funeral services, conducted by Reverend Jim Burton and Reverend Brent Kendall, will be held at 10 o’clock  Monday morning, May 13, 2019 at Bethesda Presbyterian Church, 502 DeKalb Street in Camden.  The family will receive friends after the service in Westminster Hall of the church.  Burial will follow at 2 o’clock in the afternoon at the Old Brick Church Cemetery, Highway 213 S. Jenkinsville, SC 29065.

John 3:16, For God so loved the world that He gave His only begotten Son, that whoever believes in Him should not perish but have everlasting life.

To send flowers to the family or plant a tree in memory of James Pringle Macfie "Jim", please visit our floral store.